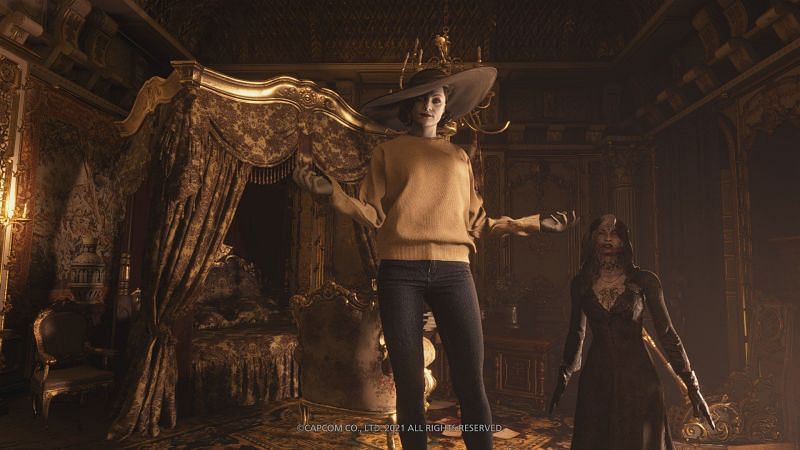 Resident Evil Village mod turns Lady Dimitrescu into Ms. X, and the Internet is loving it

In the modding community, no video game character is safe, not even the Tall Lady from Resident Evil Village. The game has been out now for a couple of days, and the community is already churning out mods for the game. While some mods are basic in nature and just add a cosmetic touch to the character, others turn this horror game into a laugh riot for players.

To be honest, there isn’t much left to do once players complete Resident Evil Village. Sure, they can go back and beat it on a harder difficulty, or unlock overpowered weapons such as the Dragoon Assault Rifle which melts creatures. However, to replay a game, one must do so with mods. So, without further ado, here are a few hilarious mods players can try out after completing the game.

Starting with a throwback to the classics, modders have swapped the faces of Lady Dimitrescu and a T-00 aka Mr. X, to create Ms. X Dimitrescu. Rather than being fearsome, the face swap makes Lady Dimitrescu look her original age, which would be well over 100 years. 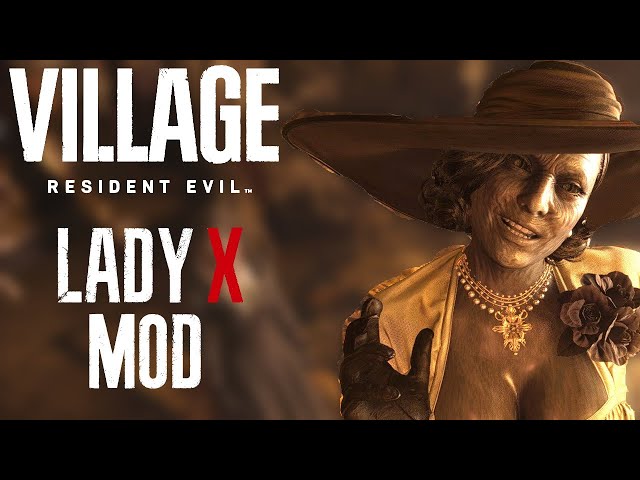 However, owing to her stature (quite literally in this case), she’s still just as formidable and frightening as before, minus some of her good looks and charm. This is a great mod for players to try out and enjoy.

It comes as no surprise that modders found a way to bring Tomas the Tank Engine to Resident Evil Village. After being added into various games such as the Fallout series, Skyrim, and even Minecraft, it’s only obvious that the happy-go-lucky train would be added into a horror game.

While it may not seem scary at first, having to stare down a near 10-foot mutant, only to realize it’s poor Thomas, will surely leave players in a dilemma about whether to open fire or to call The Coundctuor for help.

#3 – Not a very effective weapon

Speaking of guns and weapons, the next mod is not very effective when used against Lady Dimitrescu in combat. As readers will be able to see in the video below, it’s better suited for swatting pesky flies.

Nonetheless, players interested in running around Dimitrescu Castle with a fly swatter to smack creatures in the head should definitely check on this mod. However, don’t be too surprised if the creatures react violently after being swatted.

Rescuing baby Rose was traumatizing enough for Ethan Winters, however, this particular mod would have given him nightmares if he was around to see it. Using this mod, players can swap Chris Redfield’s head with baby Rosemary, which can be a mind-boggling experience.

By the looks of it, anything is possible in Resident Evil Village. It’s no wonder Ethan Winters had so many bottles of wine lying about in the home, that was the only way for him to get through each day.

Watching Lady Dimitrescu strut about her castle in an off-white gown was a sight to behold, but modders decided to bring her up to speed and into the 21st century by giving her a more modern look.

A change of clothing does wonders for the character, and despite the 21st-century attire, players shouldn’t expect a warm reception when they reach Castle Dimitrescu in Resident Evil Village.

Also Read: Did Resident Evil Village’s post-credit scene hint at a sequel with Rose being the protagonist?