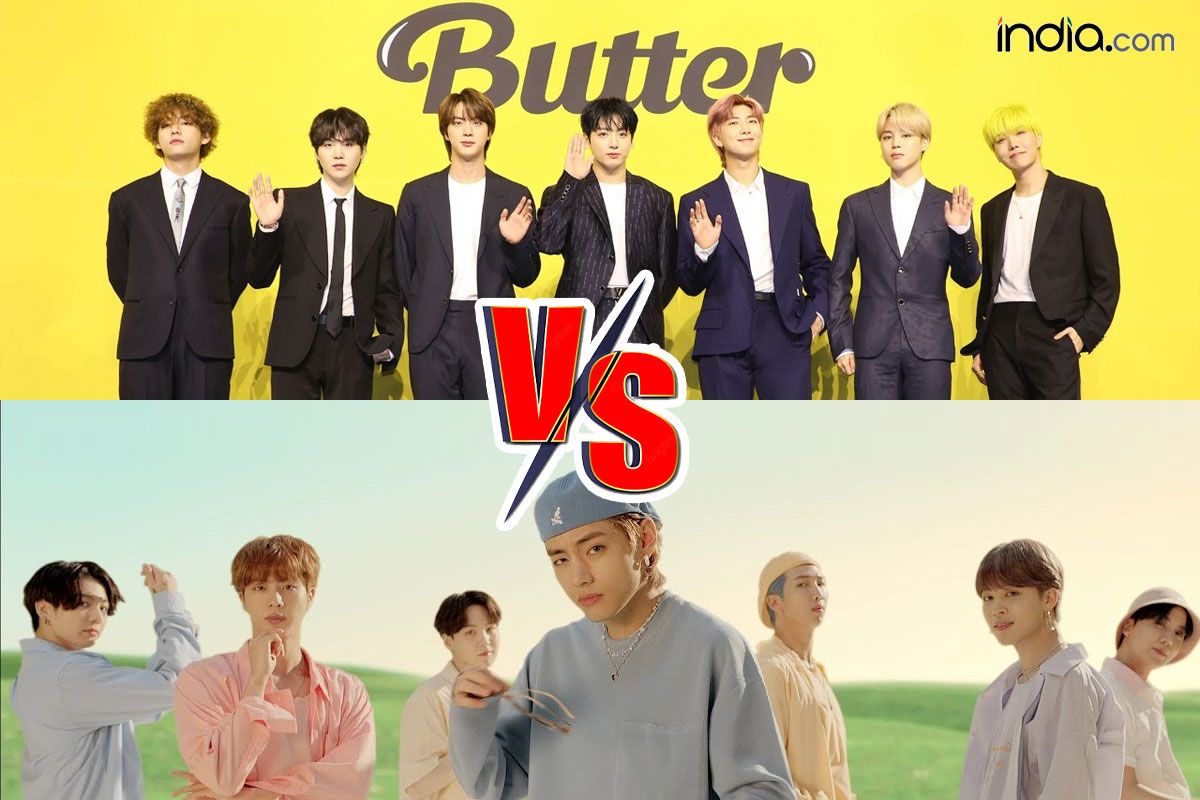 New Delhi: BTS’ most anticipated song of the year, Butter has been released and people are loving it. It’s been 24 hours since the K-pop septet released their second English song, and it is already winning hearts and breaking records. This is the group’s second English song after the last year’s mega-hit Dynamite. But which one is ARMY’s favourite? Also Read – BTS Butter Breaks Dynamite’s Record, Gets Biggest Debut in YouTube History

Technomiz conducted a Twitter poll asking the ARMY members which of the BTS’ two English – Butter or Dynamite is their favourite. And we must admit that even though the fight was tough, Butter beats last year’s Dynamite. While 53.7% of the people voted for Butter, Dynamite got the support of the rest 46.3%. Also Read – BTS V’s Hairstyle Reminds ARMY Of Priyanka Chopra’s MET Gala Look, Floods Twitter With Hilarious Memes

You can watch BTS’ both the English songs here:

The K-pop band boys are all set for the world TV debut of their new single Butter at the mega Billboard Music Awards on May 23. BTS has also been nominated in the Top Social Artist category. This is the fifth time that BTS has been nominated under this category. The South Korean band has also claimed this trophy four years running.