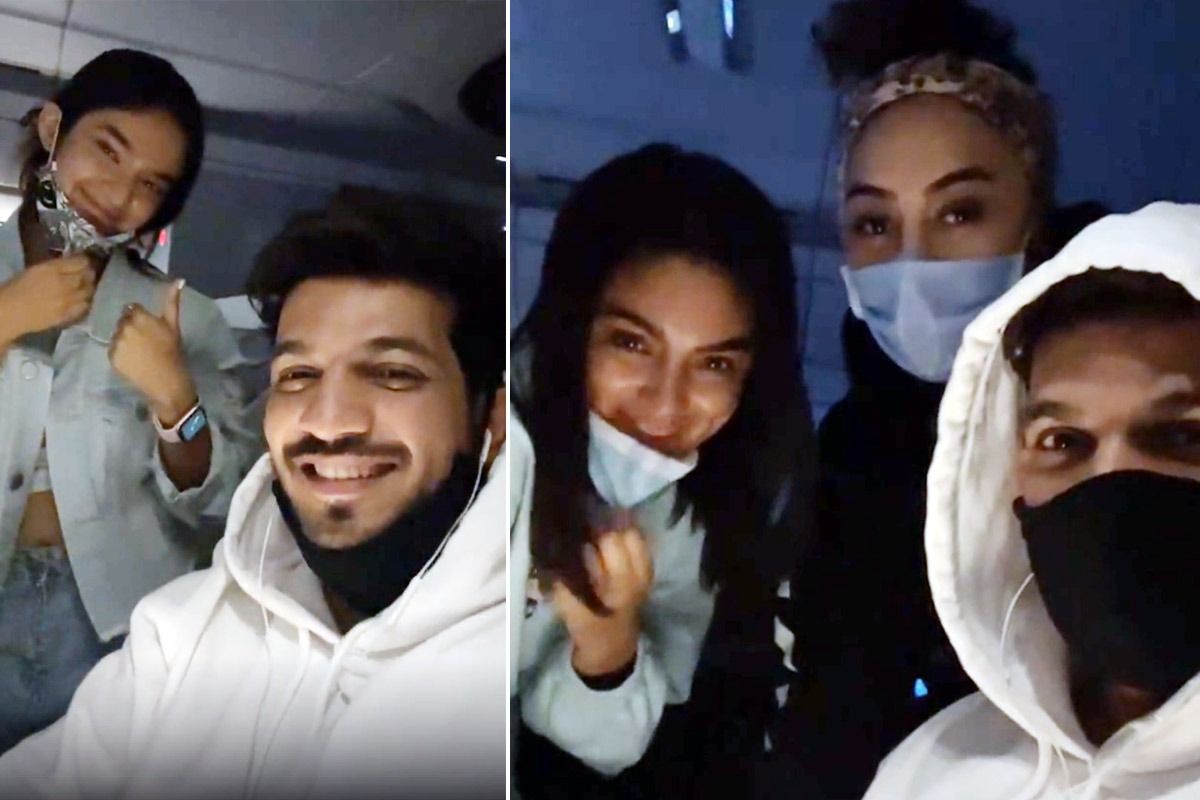 On Friday evening, Arjun went live from the flight on Instagram and interacted with his fans. The popular TV actor also made his co-stars from the show interact with his fans. Mahek, Anushka, and Sana waved to the fans on Instagram and ensured that the new season of Khatron Ke Khiladi is going to be super amazing this time. Arjun posted the video on Instagram with a caption that read, “Live from 45000 ft. Just for you guys .. isn’t that awesome .. #khatrokekhiladi” (sic) Also Read – Varun Sood-Divya Agarwal Kiss Through Their Masks As He Leaves For Khatron Ke Khiladi – Watch

The new season is being hosted by Rohit Shetty who has been associated with the show for a long time now. The contestants left for the show in the wee hours on Friday. The pictures of Rahul Vidya kissing Disha Parmar goodbye at the airport have been doing the rounds on social media. Varun Sood too kissed his girlfriend Divya Agarwal as he jetted out of the city.

Watch out this space for all the latest updates on Khatron Ke Khiladi 11!

See also  Kangana Ranaut Exposes Racism in Bollywood, Says For Them, Beauty Was Being Fair