Today, former India captain and legendary wicket-keeper batsman Mahendra Singh Dhoni is celebrating his 40th birthday. Dhoni was born on July 7, 1981 in Ranchi, the capital of Jharkhand. Dhoni achieved many big achievements in his career. Dhoni not only proved himself as a captain but also became known as the best match finisher in the world. Known for his distinct batting style, Dhoni is very fond of cars and bikes. Let us tell you about some of his special bikes on his birthday.

Dhoni has a collection of powerful bikes. His garage ranges from old-fashioned bikes to hypersport bikes. Dhoni’s first bike was ‘Ambassador’. It is said that this bike was bought by Dhoni for around Rs 4,500. Dhoni shared the photo of this bike on Twitter many years ago. He also wrote, ‘My first bike.’

Kawasaki Ninja H2 is one of Dhoni’s favorite bikes. He is one of the earliest owners of the Ninja H2 in India. Dhoni enjoys its ride when he gets time. He has also been spotted with this bike on many occasions. This bike is powered by a 998 cc, four-cylinder, supercharged engine.

Apart from Kawasaki, Dhoni is also a big fan of Harley-Davidson bikes. He has a great bike like Harley-Davidson Fat Boy. Dhoni has been seen traveling on this as well. It has a 1,690cc engine, which generates power of 132 Bhp.

Dhoni has a very special bike, whose name is Confederate Hellcat X132. This is one of the most expensive bikes parked in Dhoni’s garage. The price of this bike is around 30 lakh rupees. Its powerful 2.2-litre V-twin motor generates 132 Bhp and 200 Nm of torque. 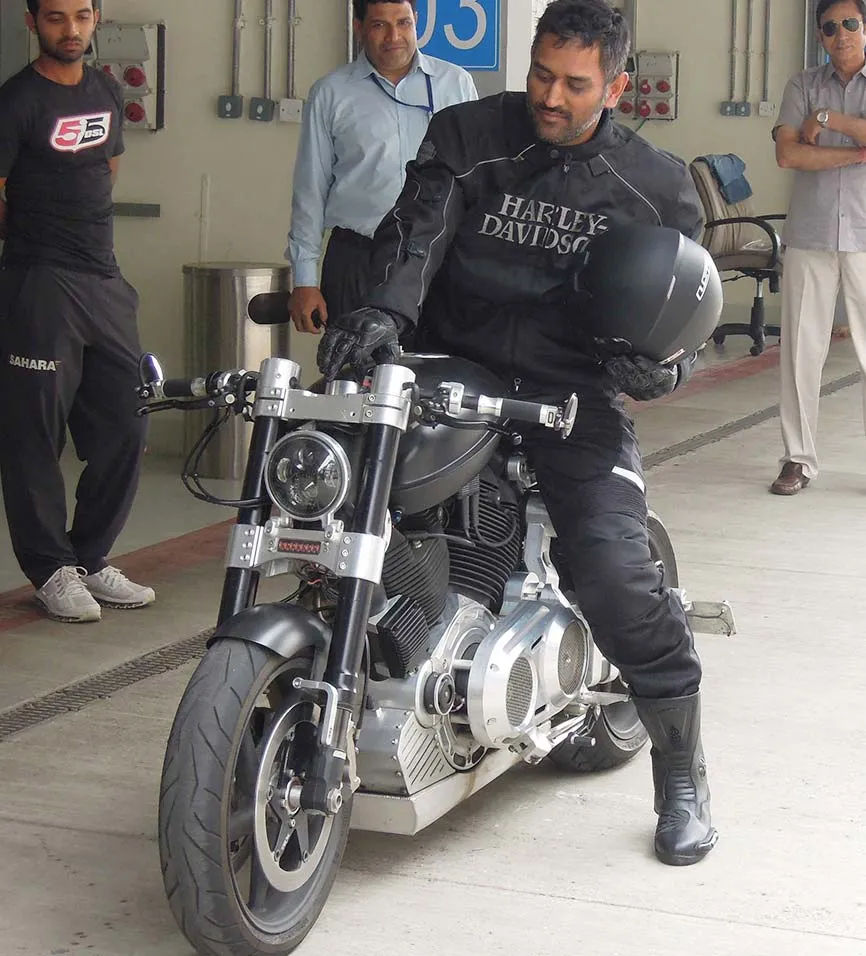 Dhoni also has a Ducati 1098 in his garage. This bike was sold for a very limited period and Dhoni did not miss the opportunity to buy it. The bike is powered by a 1098 cc engine that produces 160 PS of power. Apart from these, Dhoni also owns many more bikes, including Vintage Bullet BCA Goldstar, Royal Enfield Machismo, Kawasaki ZX14R, Yamaha FZ-1, Suzuki Shogun, Yamaha RD350, Yamaha YZF 600R, Harley-Davidson Iron 883.