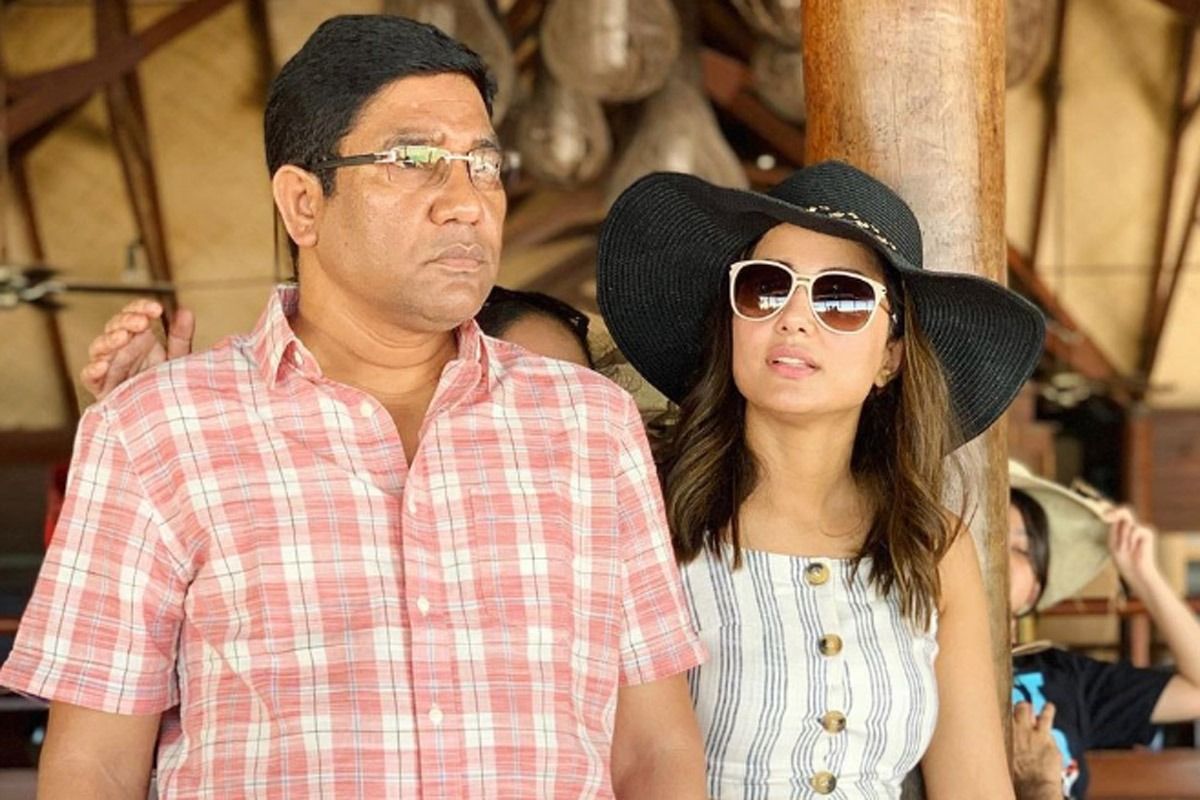 Hina Khan’s Father Passes Away After Suffering From Cardiac Arrest

Actor Hina Khan’s father passed away on Tuesday (April 20) after he suffered a cardiac arrest at his Mumbai residence. The Hacked actor was very close to her father and often shared photos with him on social media. Hina, who was in Kashmir, is reportedly on her way back to Mumbai after hearing the sudden sad news. Also Read – Hina Khan Runs Away From Paps At Mumbai Airport, Fans Say ‘Give Her Some Space’ | Watch

Last year, a video of their adorable banter went viral on social media. In the clip, Hina’s father tells her that he has blocked all her credit and debit cards so that she could save some money. Recently, the actor was in Kashmir to shoot for a music video with actor Shaheer Sheikh. Also Read – Hina Khan Looks Like A Tropical Queen in Rs 57K Asymmetric Crop Top And Skirt

Meanwhile, on the work front, Hina Khan was last seen on the music video ‘Bedard’. Last year, she had two releases, Hacked and web show Damaged 2. Talking about wanting to work more, she had said to Hindustan Times, “I believe that I lost out on many opportunities, with regards to meeting good people, social gatherings and network. Not meeting people, like we did earlier, makes a lot of difference. You don’t know who picks you up for which project based on your connect with them. I lost out on a lot of learning experience as I didn’t work on new projects. I don’t have any project lined up in 2021 as yet. Yet, I consider myself one of the lucky ones as I had multiple projects release this year.” Also Read – Hina Khan Looks Enthralling in Printed Bikini Set And It’s Pretty Affordable – Check Out The Price Here!